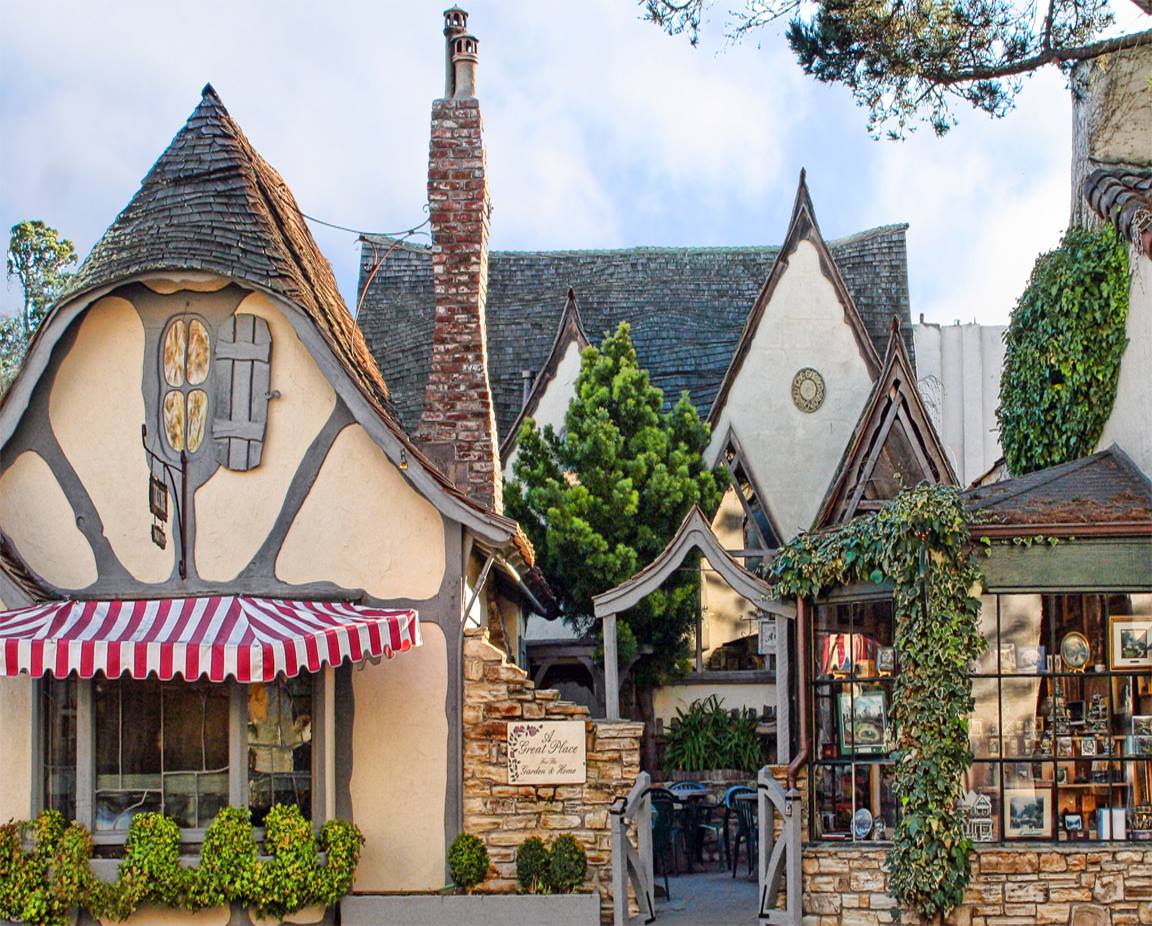 Located on the Pacific Coast about 300 miles north of LA, it has been called home by Ansel Adams, Brad Pitt, Clint Eastwood, and Beverly Clearly, to name a few. Carmel – a town whose artistic roots seem inevitable considering its inspiring landscape, its serene beaches have captured the imaginations of everyone from George Sterling to Betty White.

Carmel-by-the-Sea’s origins likely began as early as 10,000 years ago with the indigenous Esselen-speaking Native Americans. Their name comes from the word Ex’selen, “the rock,” which in turn is based on the phrase Xue elo xonia eune, “I come from the rock.” The Esselen were peaceful traders who lived off of the land and left carvings of handprints scattered throughout the St. Lucia Mountain range. They believed that everything in nature is alive — from the trees to the stars—and that everything has memory and history. Though it is long since their people fished and hunted along the central coast of California, their legacy lives on in the attitudes of those drawn to Carmel toward their environment. There seems to be a reverence for nature, and an awareness of the importance of the past in this small town unlike any other. Apart from the gorgeous landscape, one of the biggest draws to Carmel is its amazing architecture. Like the old, dome-like, tule-covered dwellings of the Esselen, many of the homes appear as though they’ve sprung up from the scenery like something out of a fairytale, or Middle Earth. Linda Leigh Paul, author of Cottages by the Sea, put it best: “A house with a past is certainly more alluring than one with no past at all.” The buildings of Carmel certainly emanate a rich cultural history.

One of the earliest buildings still standing in Carmel today is a Spanish mission founded by Father Juñipero Serra, a Franciscan priest. Mission San Carlos Borroméo del río Carmelo, or the Carmel Mission, consisted of adobe-brick structures heavily influenced by the churches found in Serra’s native Mallorca. Its original designers weren’t trained architects; they merely replicated what they remembered of the European churches in their native Spain.

Similarly, fairytale cottage builder Hugh Comstock had no formal training in architecture. Born in Evanston, Illinois in 1893, Comstock moved to Santa Rosa in 1907. He came to Carmel in the early 1920s where he met his wife Mayotta Brown, a successful maker of ‘Otsy-Totsy’ rag dolls. He got his start as a builder when she requested that he construct a cottage in which she could display her dolls which were beginning to overtake their home. The Doll’s House, or ‘Hansel’ as it came to be known, only cost one hundred dollars to make. Constructed in 1924, the 244 square foot Storybook Tudor was created without a carpenter’s level, lending a charming, rustic quality to his work. Influenced by the drawings of artist Arthur Rackham, its exterior walls were erected with a cement plaster and pine needles mix on top of burlap nailed to redwood. The cottage shares many commonalities with Comstock’s later works of art – wood shingles laid irregularly, hand-hewn wood trim, massive chimney, hand-wrought door hardware.

The year after building ‘Hansel’, Comstock began working on his own home. Known today as ‘Obers’, the home was constructed for a mere 1000 dollars. Its exterior walls were made of cement stucco (which was eventually replaced by Comstock with waterproof adobe modeled after the materials found at the Carmel Mission), and its interior featured an open redwood beam ceiling. The living room featured a stone fireplace, brick floors, and french doors which opened up to his studio.

Carmel’s dwellings represent a conflux of ideas and the manifold heritage of the town. As Serra borrowed from the Esselen and Ohlone in the construction of the Mission, Comstock incorporated Spanish elements into his own home. Comstock would go on to build thirty or so cottages, twenty-one of which are still in existence. His contributions to Carmel’s architectural anatomy resonate even today as many of the seaside village’s homes have been designed or renovated to mirror his signature storybook style.

Sarah Blank Design Studio is a high-end architectural design firm that specializes in high-end kitchens, butler’s pantries, libraries, and master bedrooms, bath suites. The firm works predominantly in Fairfield County and Westchester County. Our award winning firm, with 33 years of experience, often works beyond the kitchens and baths of a client’s home, and designs the architectural interiors for many of the projects that have been commissioned. 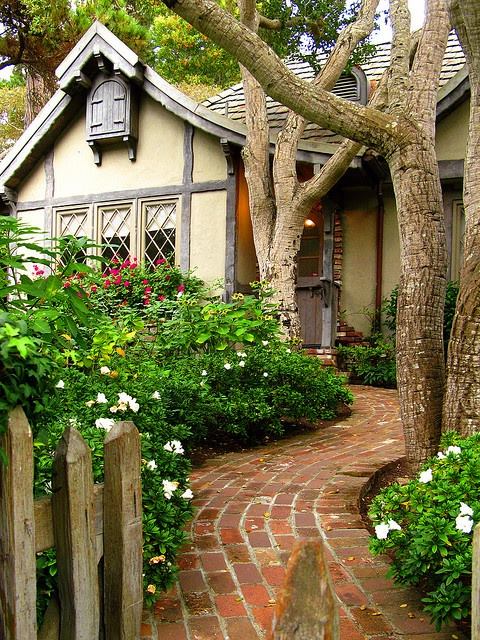 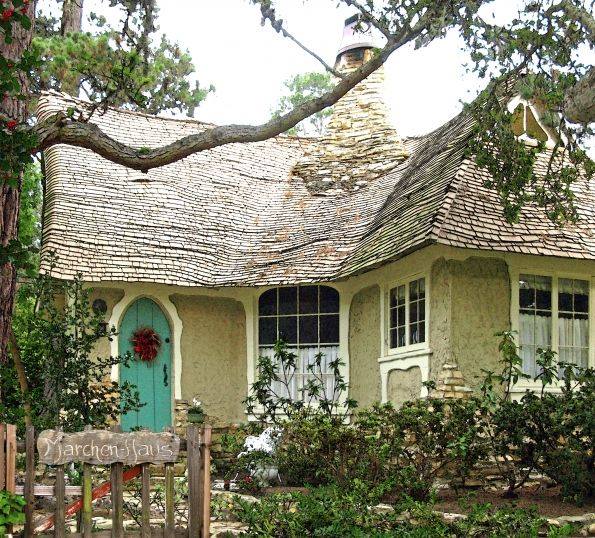 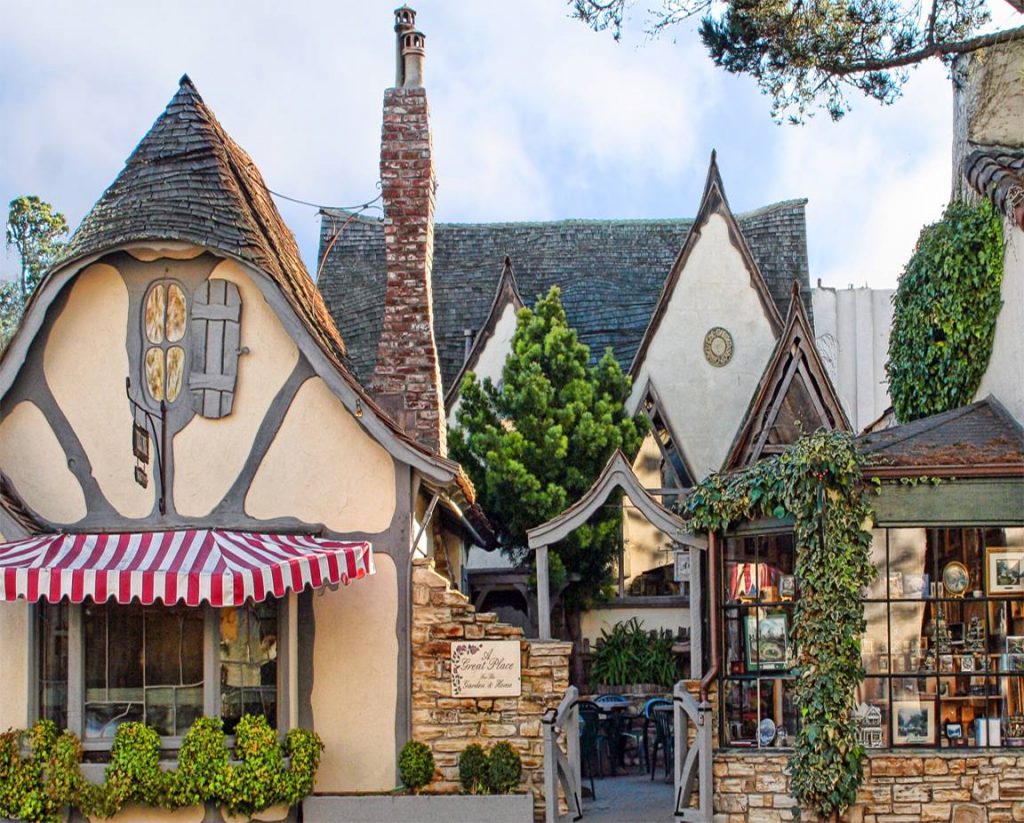 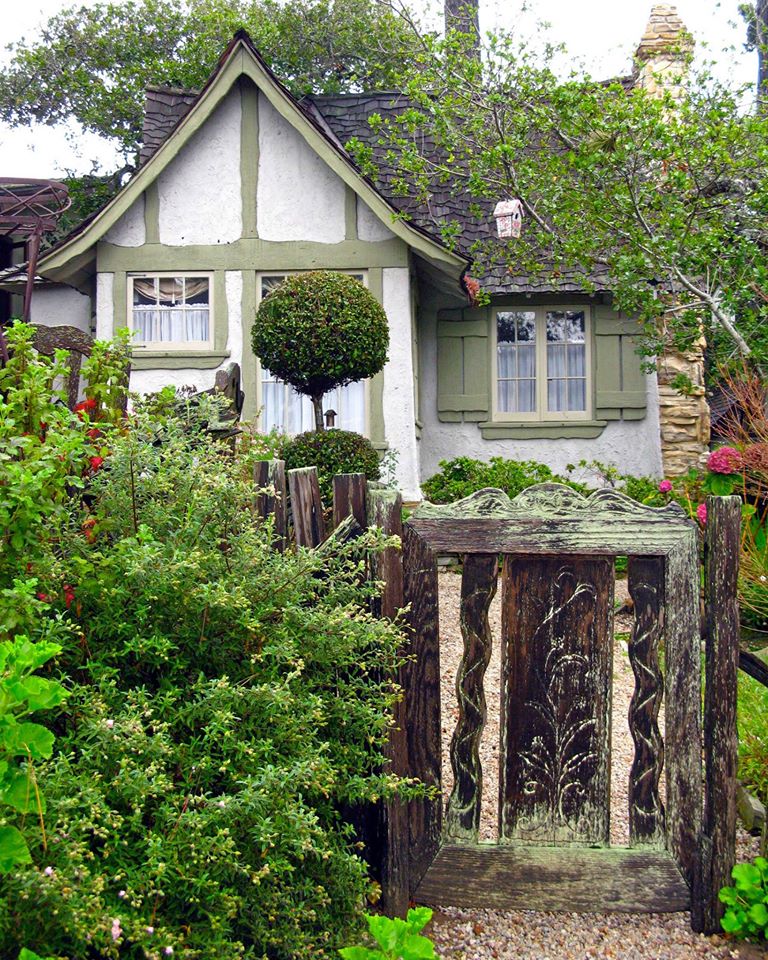 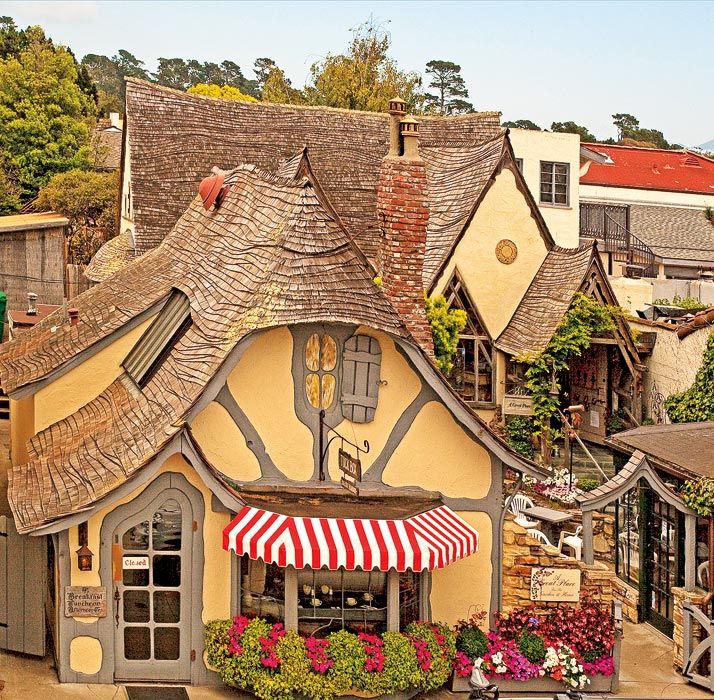 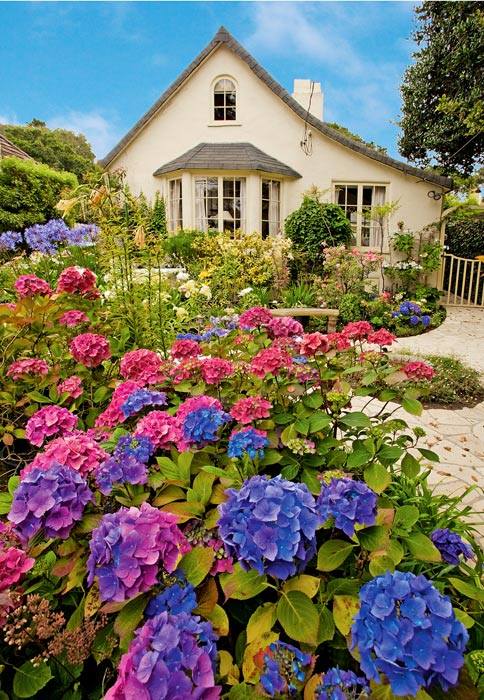 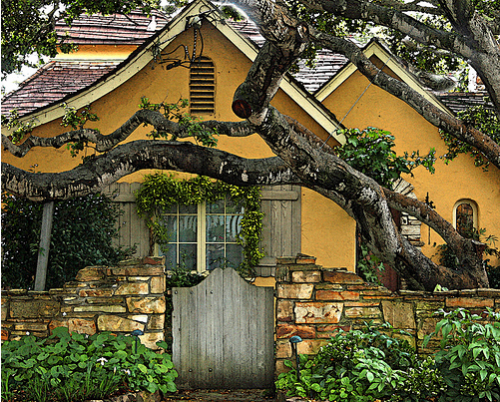 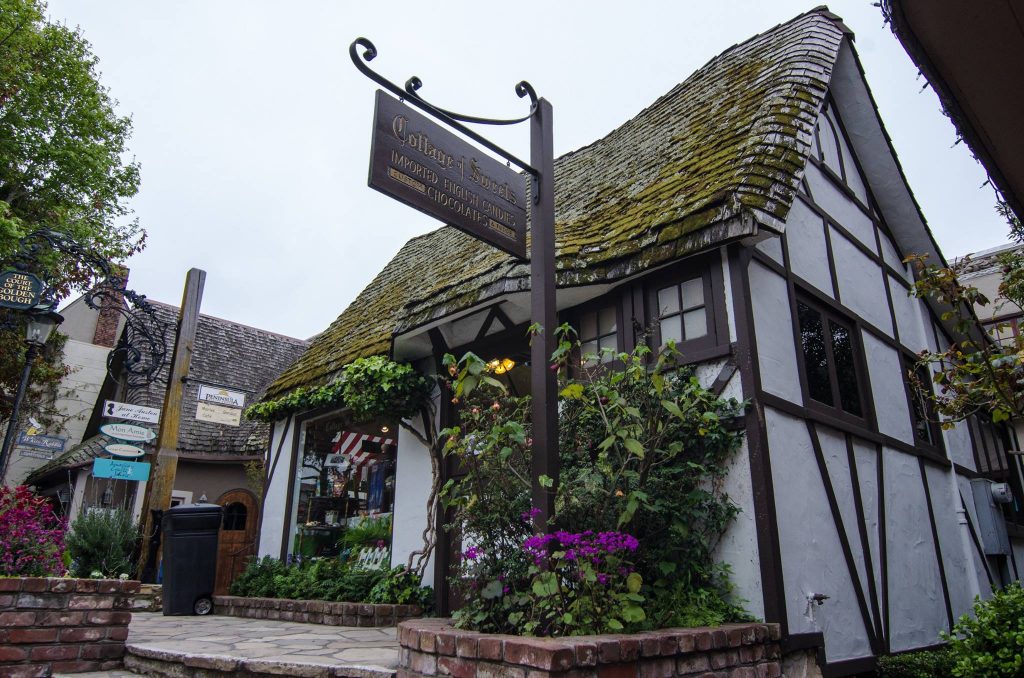 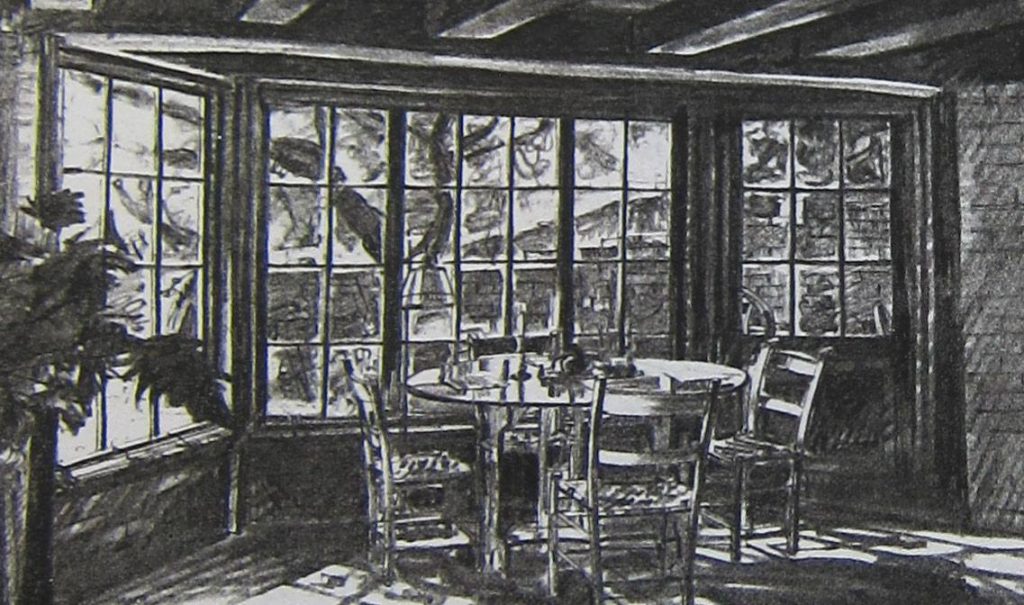 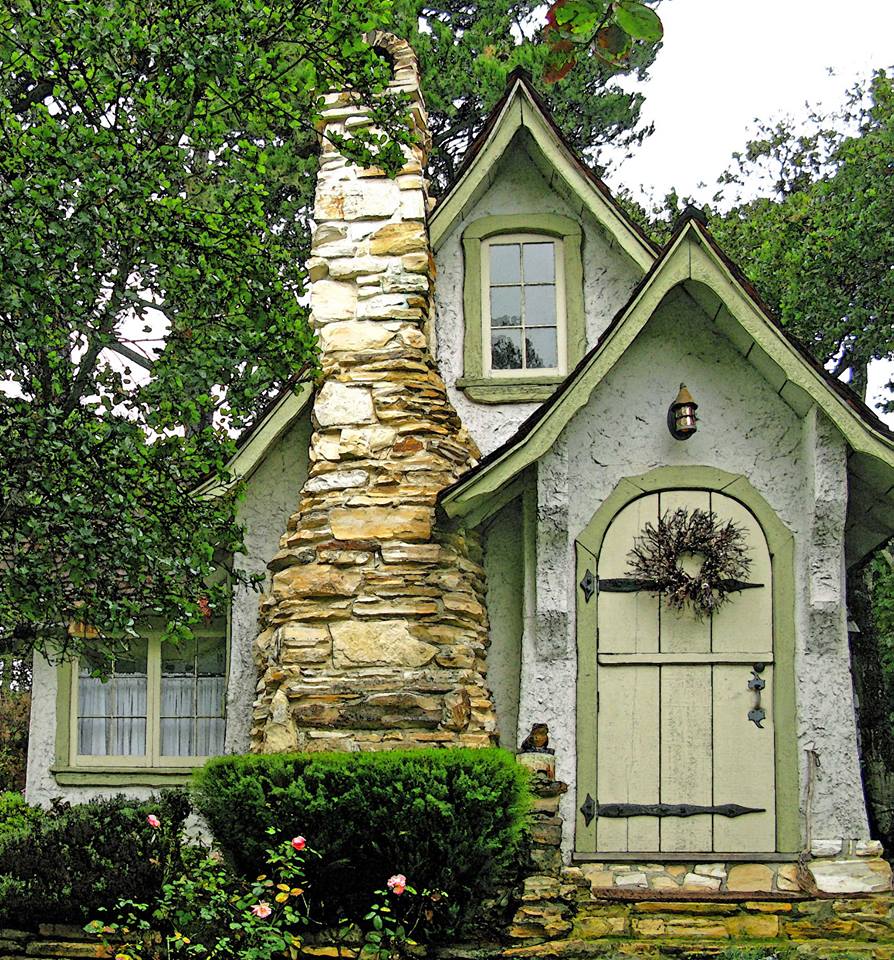 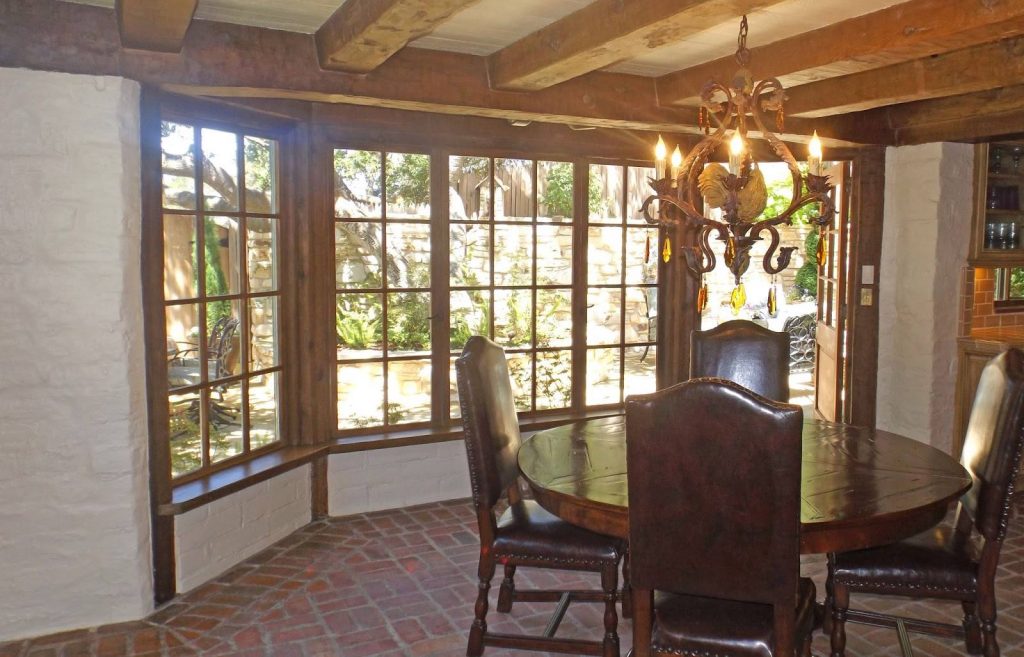 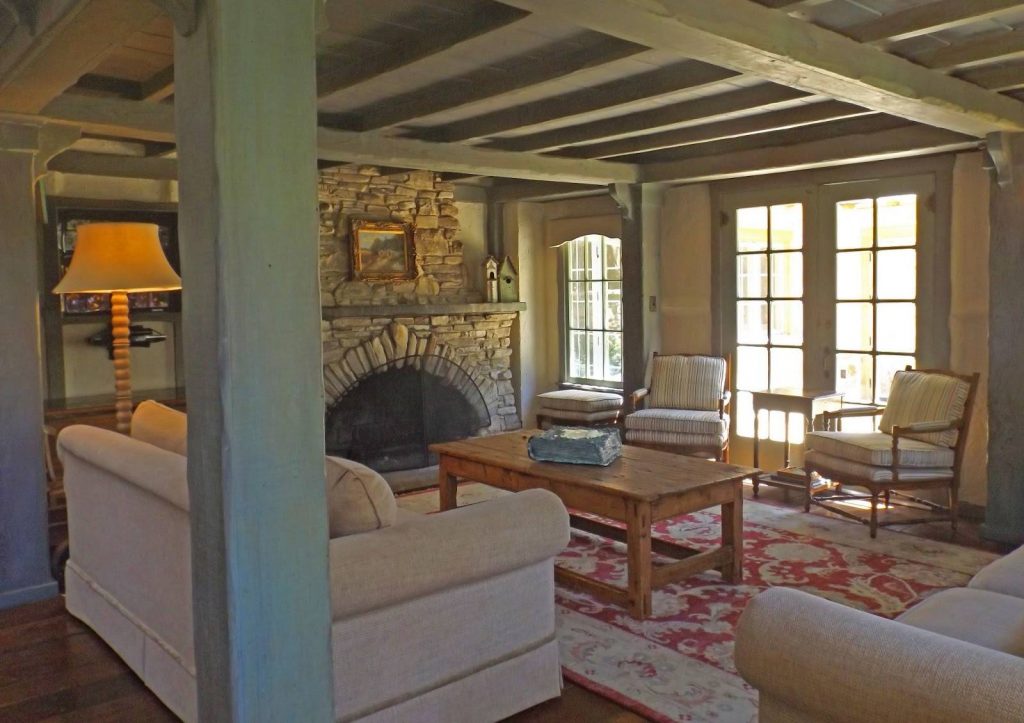 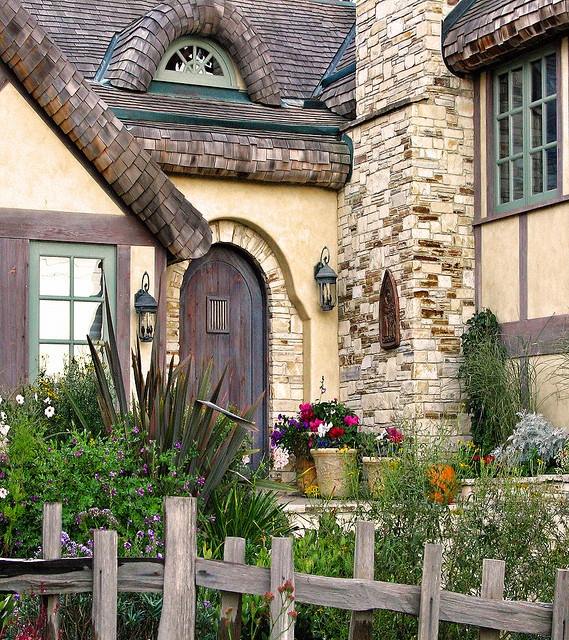 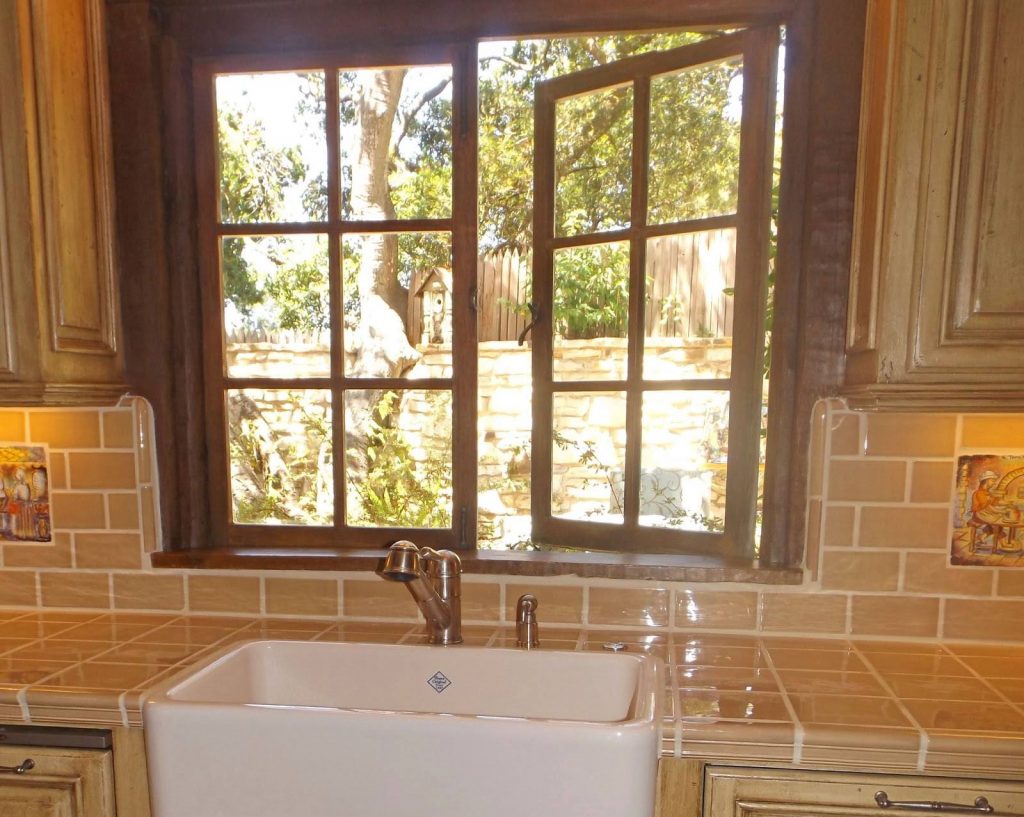 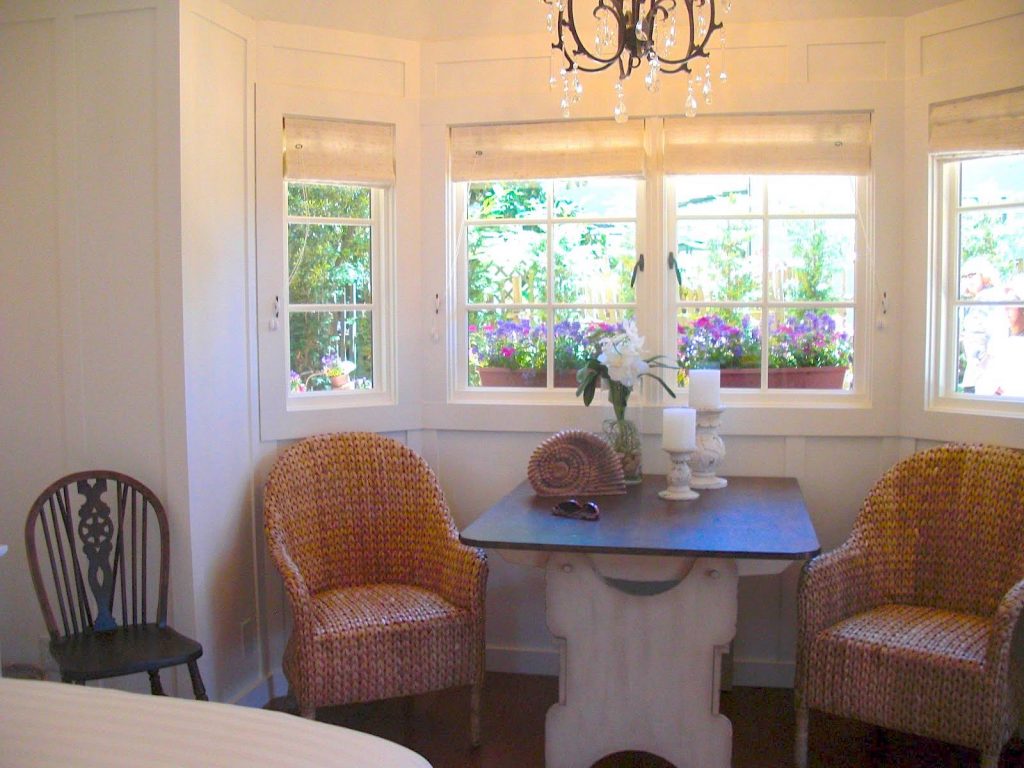 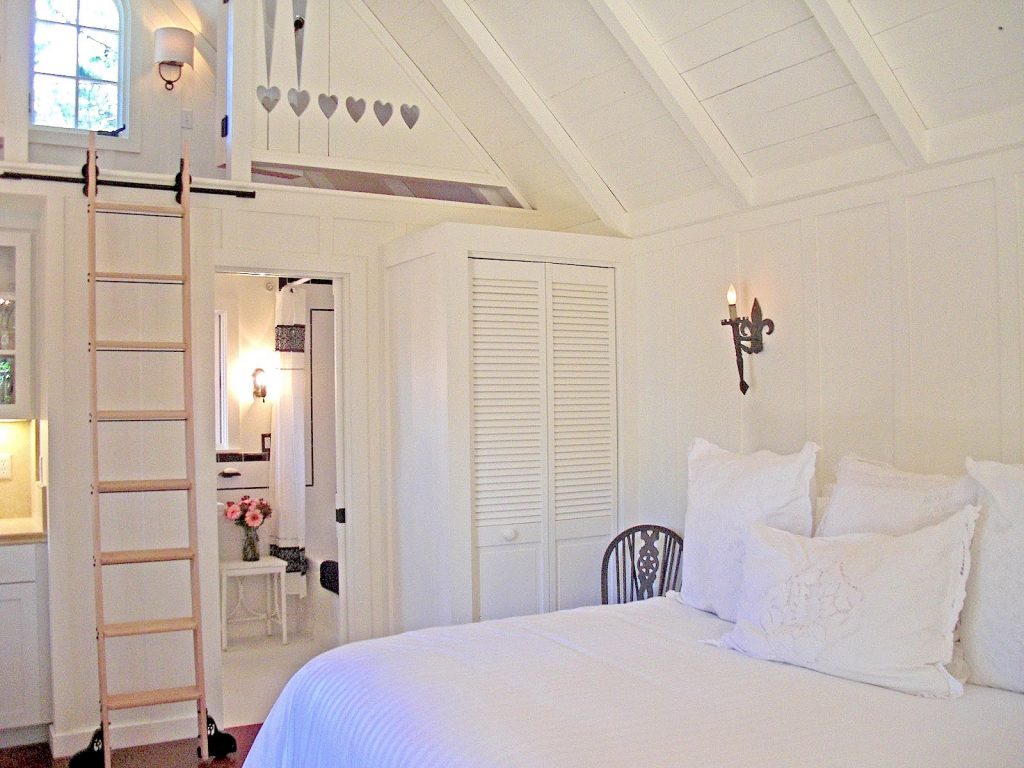 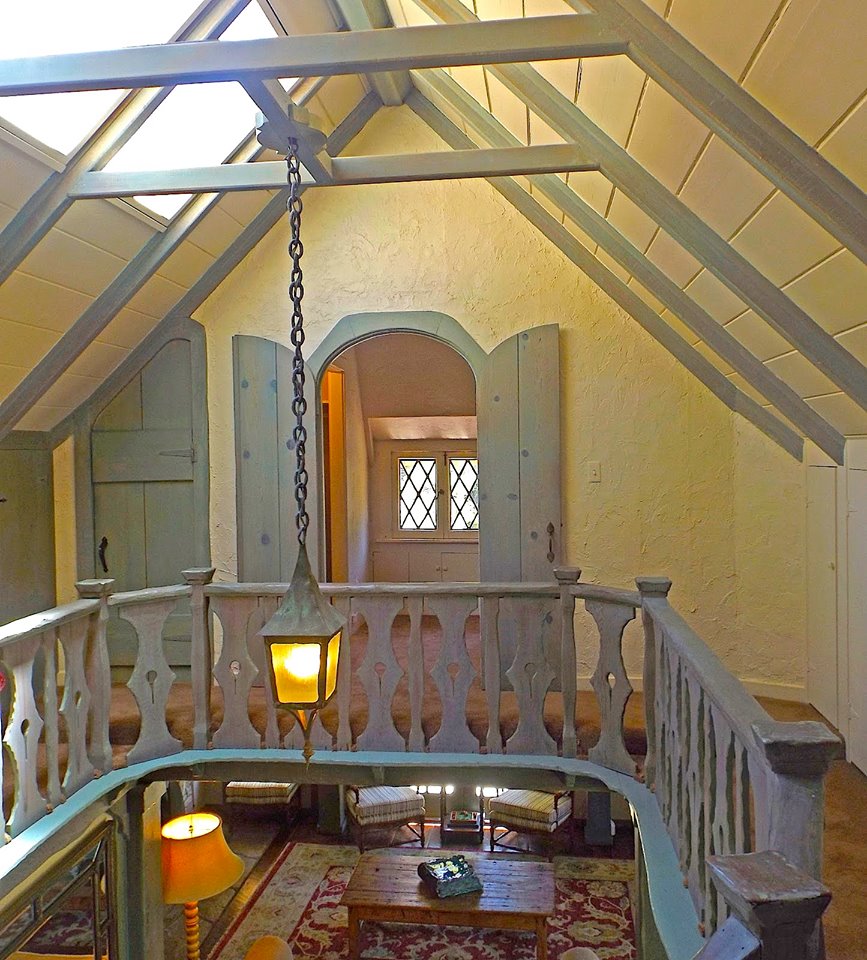 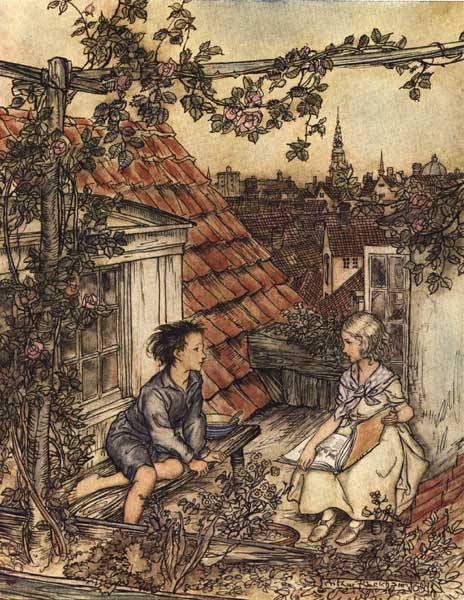