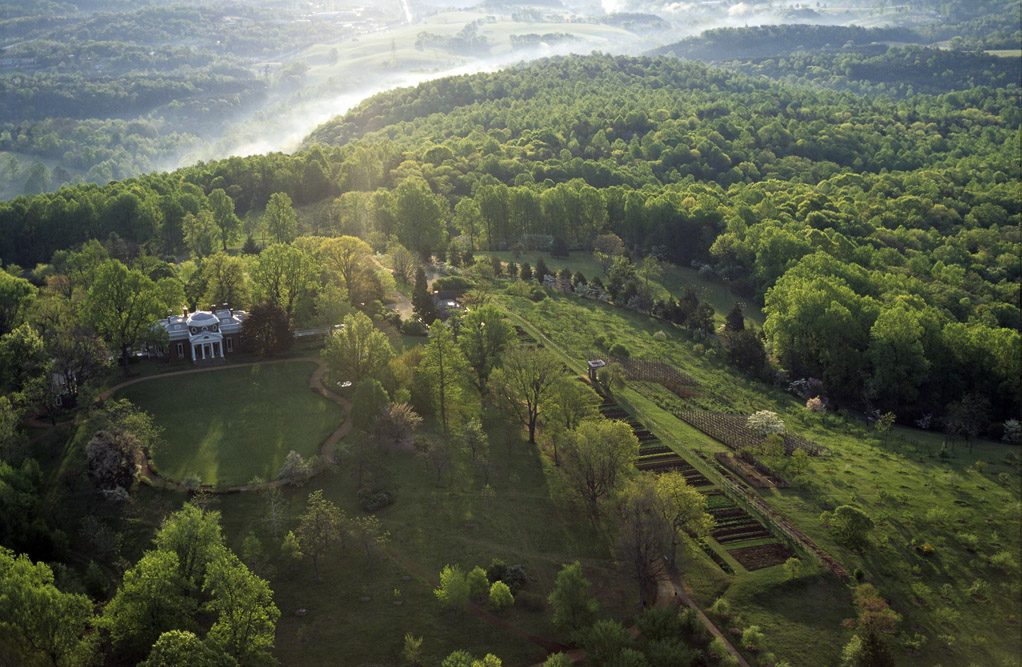 “Had he been only a philosopher, he would not have endured as he does. Had he been only a legislator, or only a diplomat, or only an inventor, or only an author, or only an educator, or even only a president he would not have endured as he does. He endures because we can see in him all the varied and wondrous possibilities of the human experience. … His genius lay in his versatility; his larger political legacy in his leadership of thought and of men. With his brilliance and his accomplishment and his fame he is immortal. Yet because of his flaws and his failures he strikes us as mortal, too — a man of achievement who was nonetheless susceptible to the temptations and compromises that ensnare all of us. He was not all he could be. But no politician — no human being — ever is.”

Often, when we think about Thomas Jefferson, we imagine him in his role as the 3rd President, juggling the many difficulties involved in ensuring the survival of a young United States of America, during the nation’s uncertain, early years. Drafting the Declaration of Independence, negotiating the purchase of the Louisiana Territory, and organizing the Lewis and Clark Expedition are among his achievements.

Yet, while he was busy setting the foundations of a nation, he found the time to lay some foundations of his own — though we think of him primarily in terms of his political accomplishments, Jefferson was also a brilliant architect.

When he died, Thomas Jefferson left over 500 architectural drawings and documents. He assisted in the construction of the University of Virginia, and the design of the Federal City in Washington, D.C. He also constructed homes for his friends and political allies such as Barboursville, and built Poplar Forest, his personal retreat. As impressive as the aforementioned structures are to this day, architecturally, his crowning glory was Monticello, a beautiful Virginia plantation set upon a lush rise beset by lofty trees that Jefferson called home. The product of over 40 years of design, the architecture speaks volumes, its 43 rooms and beautiful grounds the culmination of a lifetime of planning, and a vibrant insight into a brilliant mind.

Jefferson began his work on Monticello when he was twenty-six years old, drawing from knowledge gleaned from various books as there were no schools of architecture in colonial Virginia.  Originally styled as a plantation, the first Monticello was slightly more modest — built in 1768, it was two stories high with a total of eight rooms. As the years went by, and especially after his tenure in Europe, he continued to add rooms, and make inspired changes. By the end of its construction Monticello was a grand villa, comprising 11,000 square feet.

Influenced by Andrea Palladio, the Renaissance architect, Jefferson put his own spin on neoclassical architecture, incorporating octagonal forms in his designs which were often constructed in red brick. He created a style of architecture befitting a new nation – original, but drawing elements from European Classical tradition. Monticello contains a few ingenious innovations by Jefferson including a “turning machine” for holding clothing, a spherical sundial, and a revolving bookstand for his ever-expanding collection.

During his lifetime, Thomas Jefferson received countless visitors to Monticello. Almost all of them remarked how the journey to Monticello was just that – a pilgrimage of sorts. Upon its mountaintop, Monticello was surrounded by gardens harboring hundreds of species of vegetables, fruits, flowers and trees, many of which were planted at the direction of Jefferson. The excerpt below from Margaret Bayard Smith recalls her travels to Monticello.

“After a very delightful journey of three days, we reached Monticello on the morning of the fourth. When I crossed the Ravanna, a wild and romantic little river, which flows at the foot of the mountain, my heart beat, – I thought I had entered, as it were the threshold of his dwelling, and I looked around everywhere expecting to meet with some trace of his superintending care. In this I was disappointed, for no vestige of the labour of man appeared; nature seemed to hold an undisturbed dominion. We began to ascend this mountain, still as we rose I cast my eyes around, but could discern nothing but untamed woodland, after a mile’s winding upwards, we saw a field of corn, but the road was still wild and uncultivated. I every moment expected to reach the summit, and felt as if it was an endless road; my impatience lengthened it, for it is not two miles from the outer gate on the river to the house. At last we reached the summit, and I shall never forget the emotion the first view of this sublime scenery excited. Below me extended for above 60 miles round, a country covered with woods, plantations and houses; beyond, arose the blue mountains, in all their grandeur. Monticello rising 500 feet above the river, of a conical form and standing by itself, commands on all sides an unobstructed and I suppose one of the most extensive views any spot (on) the globe affords. The sides of the mountain covered with wood, with scarcely a speck of cultivation, present a fine contrast to its summit, crowned with a noble pile of buildings, surrounded by an immense lawn, and shaded here and there with some fine trees.”

To visit in person click here for more information: http://www.monticello.org/site/visit/hours-and-directions

“How sublime to look down on the workhouse of nature, to see her clouds, hail, snow, rain, thunder, all fabricated at our feet”
— Thomas Jefferson [letter to Maria Cosway; October 12, 1786]

“Let the exit of the spiral … look on a small and distant part of the blue mountains. In the middle of the temple an altar, the sides of turf, the top a plain stone.”
– Thomas Jefferson, Dec. 21. 1771, source 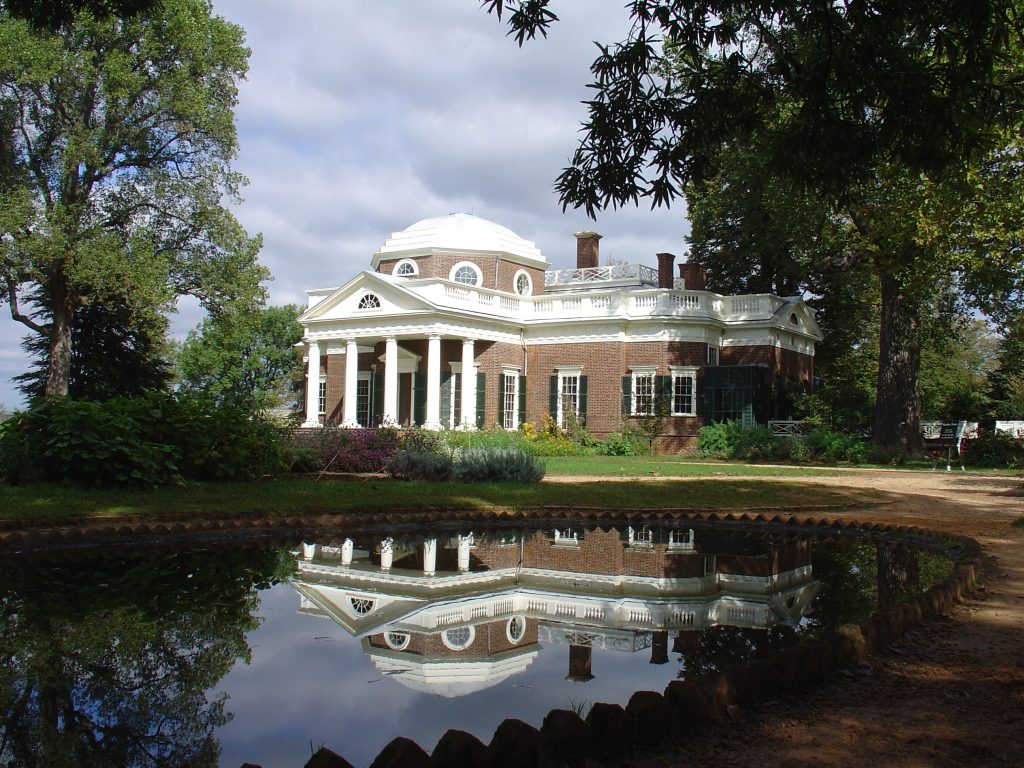